Visit the Valley for humorous and steamy romances ​filled with family, friends, warmth, and heart.
Each book can be read as a stand alone or read in series order for the full Whiskey Valley experience.

A Taste of Whiskey Valley, Book 1

​When celebrity chef Tucker McFadden arrives in Whiskey Valley, a surge of feminine craziness is unleashed throughout the small town in huge, hormonal waves. Determined to protect Tucker from overzealous female fans, Jess Benedict strives to keep his visit organized, uneventful, and professional. Romance is not on her agenda.

Jess Benedict has had more success in business than in her personal life lately. Her bookshop, The Swooning Lady, is thriving in her hometown of Whiskey Valley. A recent plunge into a secretive second career has provided success beyond her imagination. Things are going according to her plan, which does not include letting some sweet-talking, southern chef charm her off schedule or out of her panties.

​As the hottest celebrity chef on TV, Tucker McFadden knows how to heat up the kitchen, but his love life is as cold as the deep freeze. Who knew that doing a favor for his agent would put him on fate’s path and deliver him to someone more delectable than anything he could ever cook up?
BUY ON AMAZON
BUY ON BARNES & NOBLE
OTHER RETAILERS

Is it now or never? Will two people constantly at odds with each other grasp their chance for romance?

Lucy McKellan enjoys the occasional head-butt like any stubborn, hard-headed woman. She’s been standing up for herself and other people her entire life, so going toe-to-toe with the aggravating local sheriff has never concerned her. Until thoughts of the sexy sheriff worm their way into her mind and refuse to vacate the premises. Overwhelmed with grief and a threat from her past, she has no time for romance, especially with a man who is more irritating than a head-to-toe rash. When her entire life falls into chaos, will she reach out to the one man who can help?
​
Sheriff Jake Prescott is a highly-trained professional who’d prefer hand-to-hand combat with an armed criminal than the regular verbal attacks he trades with the stubborn, fiery redhead who has invaded his waking thoughts and steamy dreams. Finally accepting that he and Lucy will never be together, he decides to move on just when she needs him the most. Will he follow his head and fall into the arms of the new lady in his life or listen to his heart and fall for the curvy redhead who wreaks havoc on his body?
BUY ON AMAZON
BUY ON BARNES & NOBLE
OTHER RETAILERS 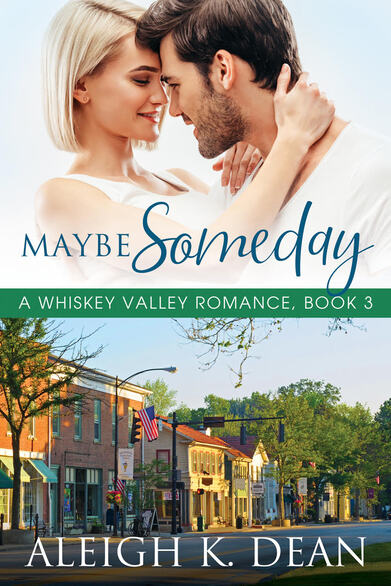 Emma Hartman blames her recent downward spiral on a bad boss, too much  wine and too many sexy books. She plays by the rules and works hard to be an  independent, responsible woman. So why is her life falling apart instead of  falling into place?

​One reckless night sends her into the arms of a man who is  an expert at disturbing her peace and ruffling her feathers. She believes their  night together is a one-time deal. He wants more. She wants to restore order to her life. He’s in hot pursuit and disrupts it.

With life spinning out of control, will Emma tumble head over heels for this hard-wooing, romance-wielding man or keep dreaming of maybe someday?
BUY ON AMAZON
BUY ON BARNES & NOBLE
OTHER RETAILERS